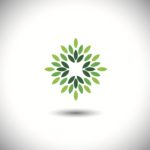 That darn toothpaste never seemed to go away. Every time I visited my grandparent’s home as a child, there would be an unbelievably flattened tube of toothpaste, meticulously rolled up with a rubber band holding it in submission. Every little bit of toothpaste was going to be squeezed out. Every usable bit was going to be used.
It wasn’t just the toothpaste that was being used to its full extent. The rubber band holding the tube in place was also worn thin. I seriously doubt my grandparents ever bought rubber bands. The band seemed to be from a bunch of broccoli or a newspaper. It was now showing signs of wear, stretch marks, but it was still being used. That rubber band was going to be utilized until it snapped. If there wasn’t another rubber band around, it would probably be tied together at the ends and used a while longer.

Everything my grandparents had was well cared for and used until it was useless. Lamps were tinkered with and fixed. Clothes were meticulously laundered. Couches were covered in plastic. Basically, they lived exactly opposite to how my generation does now. We throw away or donate. We get a new one. We use it until it becomes inconvenient and then we move on. Some of this is because companies make it harder to keep items. Cars, technology and even some clothing seem to be built to self-destruct.

The phrase, “Waste not, want not,” was said with frequency around my grandparents house. They lived through World War II. They raised four children in Chicago on a very tight budget. They consistently gave to charity, when from the outside it seemed they didn’t even have enough for themselves.

Using something up, truly, using all of something, every last drop, has become a rarity. We are all familiar with Reduce, Reuse, Recycle but what about Use It All. Not just to save money but to save our environment. You’ll be reducing waste. You’ll be reducing need. All while making one of the smallest changes you can make. Take care of what you have and use it all up.

This is the legacy I try to carry on from my grandparents. I’m not a Go Green fanatic but I do my part for the environment in ways that feel natural and easy for me. I live small and I make an effort to use it all up.

Here are a few ways you can start using it all:

1. Cut open your lotion or sunscreen bottles to get a few more uses.

2. Add a little water to your laundry detergent to get a final load before recycling the bottle.

3. Turn sauce bottles upside down for a few hours to get the final serving.
Take your leftovers home from a dinner out, even if it’s small, for your snack later.
Use old, worn out t-shirts as dust rags.

4. These little actions can add up over time to have a big impact on our environment. Best of all, your grandparents will be proud.